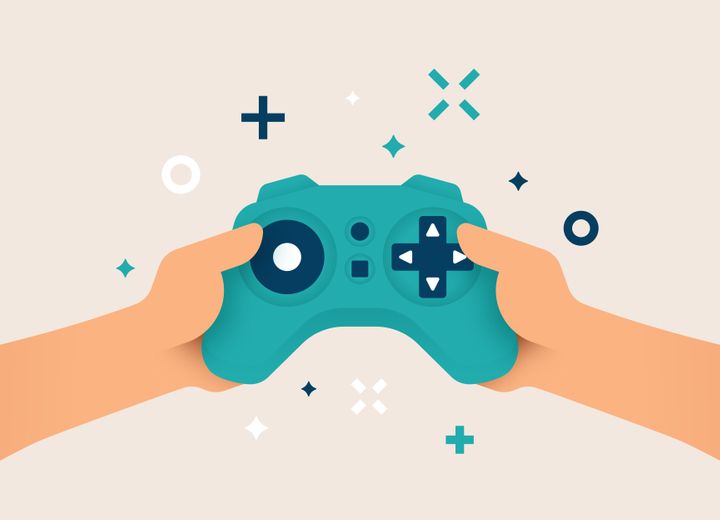 The battle of the Video Games.

For years now, there is a secret, unspoken, restless, ongoing battle being fought in every home. On the one side, parents aligned with teachers. Their weapon: Books.

On the other side, young learners. Their weapon: Video games.

Authority on the face of parents and teachers seems to have the upper hand in most cases, however youth and character prove more resilient in surrendering and with admirable struggle, manage to maintain a routine of video game playing.

However, could these two forefronts be actually united? Could these two, seemingly eternal enemies actually form an allegiance towards the same goal? Foreign Language Acquisition?

Let’s see how any student can clearly, learn a foreign language even while playing video games.

Reciting words from English to greek, writing down a word twenty times just to learn its spelling, translating word by word. All steps of the recipe to Failure.

According to neuroscience, our brain has more chances of retaining new information and accumulating knowledge if it is passed through a certain idea. Therefore, any learner, while playing a video game will achieve higher vocabulary in the target language while building virtual castles, forming teams with virtual people, traveling to virtual places, making virtual money and engaging in an ever-lasting virtual adventure. During this time, the player, reads, listens, understands most of the terms in the foreign language, simply because there is the image, the sound and the complete background to reinforce the memorising of words and structures.

The more times we see a word, the more probable it is for us to learn it. Even in the most sophisticated video games, which contain truly complex stories, narration keeps repeating itself. The characters of the game are of limited number, usually this is also the case with the tools that a player can use or the settings where can unfold. As the game progresses, the player continuously comes face to face with the same vocabulary leading to its ultimate learning.

A great number of online video games, offer the player the chance to connect through chat with other players and exchange tips, experiences, advice between them. Of course, this happens in the target language. Therefore, our young learners meet other players whose goals are the same with theirs, as well as their motivation to win. This gives them the courage to communicate in the foreign language, without having the anxiety of shaping correct grammar structures or the perfect syntax, simply because their drive to understand surpasses all that. Even with mistakes, immersion in the language and communication is achieved.

Understanding the target language while playing a video game happens under pressure. There is the risk that unless you understand the orders or instructions as soon as they are given to you, you may lose or your character may die. Therefore, a player has the incentive to work out the meaning of the phrase, even of one which includes unknown words, in order not to lose. The more the gamer progresses in the game, the faster he can decode the instant tips offered by the game.

Video games virtually monopolise the teenage world and young learners are inundated by a plethora of games to choose from. Let’s be honest, most of these games are not designed in their mother tongue. Therefore, even when they are at their homes playing the games that they have chosen, or at a friend’s game, or simply at a store full of new games, they come into immediate contact with video games. While reading instructions, trying out new things or just browsing new video games at a shop window, they unconsciously try to understand what they are reading or listening in the target language. This happens at random times without them feeling that at that specific moment they are “studying” a foreign language.

The best part of all of this, is that actually learning takes place without realising it. The learner just plays their favourite game and in no way, does he feel pressure to learn things by heart, be examined, prove that he studies or perform any other task that traditional methods of teaching demand of him. The person who plays the game simultaneously learns a whole other language and the mentality behind it while enjoying themselves.

Video games VS Traditional learning : To be continued…