Learning a foreign language with dyslexia 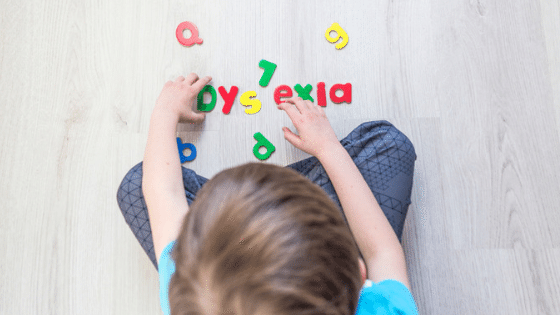 “Yes! Of course, they can learn a foreign language!”

I can barely remember the number of times a worried parent has  called me to anxiously ask “ Hello! My daughter has been diagnosed with dyslexia. Will she be able to learn a foreign language?”

The hustle and bustle of everyday life affects each and every one of us. Students are under constant pressure to obtain aptitudes and qualifications that will ensure a smooth entering in the future work field. However, what happens when a single development trait is set as an obstacle to a child’s further course?

A child who has been diagnosed with dyslexia faces the deciphering of the linguistic code, visually, mentally and semantically. Since kindergarden, they struggle to form the very first letters, assimilate their phonetics, recall more demanding vocabulary, create phrases or sentences with a full meaning, write on a straight line and read the first words or short texts.

As it is common practice, a child’s first acquaintance with a foreign language happens around the second or third grade of primary school. At this age, a child has not yet solidly formed a way of reading and understanding texts. At this very point, a foreign language rushes in demanding its immediate learning. At this attempt, the child usually fails, feels desperate and faces both learning and psychological repercussions.

“-Does that mean that my child will never learn a foreign language?”

“- Of course, they will!” At their own time, pace and by using their own potential, without being under continuous pressure. More often than not, when there is a shortage in one capacity, there is a plethora of others. Nevertheless, it is certain that a traditional way of learning cannot be followed in this case. We “spread” the learning process through time. We take advantage of the special abilities of the student.  For instance, we focus on a speaking-listening oriented method, accompanied with visual aid. Another great idea would be to approach vocabulary of the foreign language based on the student’s interests and hobbies. Somehow, it seems easier for the student to make an “unorthodox” start in the learning of a foreign language.

It is of the outmost importance that, during this learning process, for the student to be aided towards a well-rounded acquisition of his mother tongue, as well. It is vital that the student obtains and  becomes affiliated with its finer structures and mentality. The gradual success stories that are sure to take place will encourage the student to expand their attempts. Let no syllabi, material or school studying stress you out.  Pressure and intensity should give way to patience and care.  Let’s allow our students to thrive in their own way.