Accent: How important is it in a foreign language? 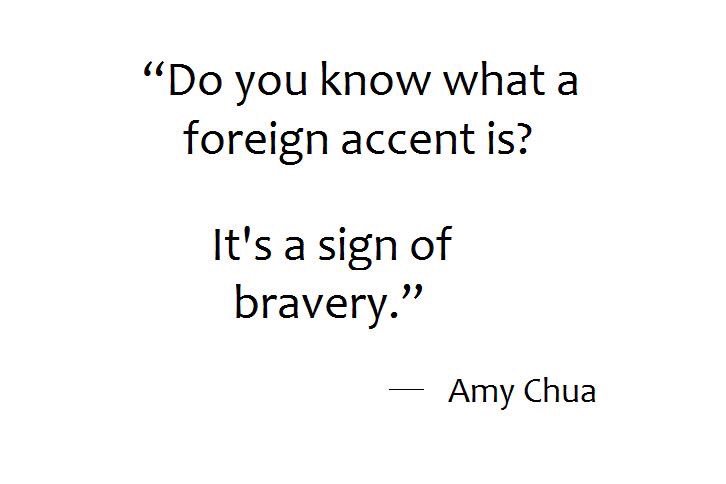 From our very first attempt to learn the alphabet of a foreign language, we realise the relative difficulty in repeating its unique sounds. Depending on the language and our cultural or geographical contact with it, this struggle becomes either bigger or smaller. Naturally, the more we learn, the more we apprehend in the phonetics of the language, gradually being led to a smoother repetition of its sounds and more complex combinations of words.

However, is it truly necessary for a foreign language speaker to attain a much desired accent in order to be considered an excellent speaker of the language?

Before we begin, we should make a distinction between accent and pronunciation.

Pronunciation refers to the way we articulate the sounds of a word. To change the sounds that we make, we use the muscles of our mouth, tongue and lips in order to control the shape of our mouth and the flow of the air. If we can control these two easily, then our pronunciation becomes clearer and easier to be understood.

It is true that speakers of different languages tend to develop different mouth muscles. When we are learning a new language, our muscles may not be very well developed for it, so we need to train more. The more we practice, the more our pronunciation will eventually improve.

Besides the clear articulation of vowels and consonants, pronunciation also includes:

An accent is the way of pronouncing a language. Therefore, it is impossible to speak without an accent.

Our accent is determined by how, where and when we learned a specific language. Usually, people do not have a specific fixed accent, but a volatile one determined by their universal experiences. It is true that we can control the way we speak and we do so, both consciously and unconsciously. Most people unconsciously vary their accent depending on who they are speaking with. Last but not least, people also tend to alter their accent, over the years, depending on the frequency of communication they have with native speakers of that language and those speakers’ respective accent.

Our accent might be associating us with people coming from a specific place (in English for example, this could be from the U.S.A. or England etc). It may also give the impression that our mother language is a different one than the one we are speaking at the moment. Obviously, our accent conveys an amount of information about us.

Last but not least, as language changes over the course of time so do dialects (and their accents) as well.

Actually, it is not important at all!

The quality of any language you speak does not depend on the origin of your accent. There is no such thing as “good” or “bad” accent. Actually, pronunciation and accent are mingled together in a person’s dialect, which is a particular variety of that spoken language. This includes which words you decide to use in order to describe a certain thing and how you utter them.

For instance, in the English language, a British and an American speaker will most likely pronounce the word “apple” differently. That does not mean that the one with the British accent is right and the American wrong, or vice versa. Both of them are correct, simply different.

If you are a learner of a foreign language, the best way for you to practise on acquiring a great accent is with the help of a native teacher, or by interacting with native speakers (social media offer a wide range of easily finding people with common interests),  while at the same time increasing your contact with the language daily by listening to podcasts, watching movies, listening to music, reading books and immersing in the language as much as possible.

Even though pronunciation and accent come out as one thing, any learner should focus more on ameliorating their pronunciation since this is the one invariably associated with clear communication. Improving our pronunciation will definitely offer us a better ability to communicate in an eloquent way and will successively lead to a better accent overall.

Even if in the world of education, there is no room for prejudice and bias, a a lot of foreign language learners are criticised for their accent. This is something that should not discourage you on your route to learning and improving your language skills.

Just a small reminder: Any native speaker would feel lucky that you are trying to communicate in their language and would help you in any possible way to improve!